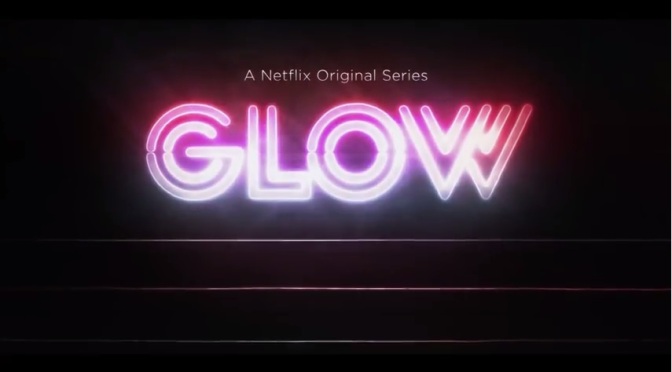 If you’re an old-old school pro wrestling fan, you may remember the real life GLOW wrestling promotion from Las Vegas, which produced a low-budget female version of what fans enjoyed with the more mainstream World Wrestling Federation (WWF).

The original promotion ran from 1986-1992 and featured a colorful cast of characters, many of whom had no wrestling experience and had to learn the ropes (no pun there) on the go.

According to Netflix, GLOW “tells the story of Ruth Wilder (Alison Brie), an out-of-work, struggling actress in 1980s Los Angeles who finds one last chance for stardom when she’s thrust into the glitter and spandex world of women’s wrestling.”

The original GLOW production was nuts (check out clips on YouTube), and we can only hope this series, from Lionsgate Television, captures that retro spirit.

Here’s a first look at the trailer:

Marc Maron stars as the washed-up B-movie director attempting to lead this pack of 12 Hollywood misfits to wrestling super stardom.

“Guts, glitter, glory… Are you ready to GLOW?”

Late to the party, but if you didn't catch what's in the March HorrorPack (Blu-ray) slate, I just posted a video. Link in the description.
Some crazy, throwback Troma. 'Luther the Geek' (1988) was gross on VHS, & even grosser on @vinegarsyndrome's Blu-ray! But what's not gross? Stacy Haiduk. ❤ Great to see this splatterfest again all these years later, & in HD!
Adam Ant last night, Bowie tonight. 1983's 'The Hunger' looks like it was shot in 2021 on @warnerarchive's Blu-ray! Tony Scott's directorial debut - his next film would be 'Top Gun' in '86.
A little '80s MTV vibe with 'Spellcaster', starring Adam Ant & DJ Richard Blade. Usually listed as a 1988 release, it started filming in '86 but wasn't released until it premiered on cable in 1992 due to Charles Band's Empire Pictures going belly up. Fun, silly shizz from @vinegarsyndrome's limited Archive line.
I don't watch a ton of modern films, but I enjoyed the recent thriller 'Fatale' (2020, @lionsgate) - cuz I'm a sucker for a psychotic Hilary Swank.
Some wild, bizarre chills from @vinegarsyndrome with 'Satan's Blood', a 1978 Spanish thriller. Lots of good, eerie atmosphere & freaky shizz.