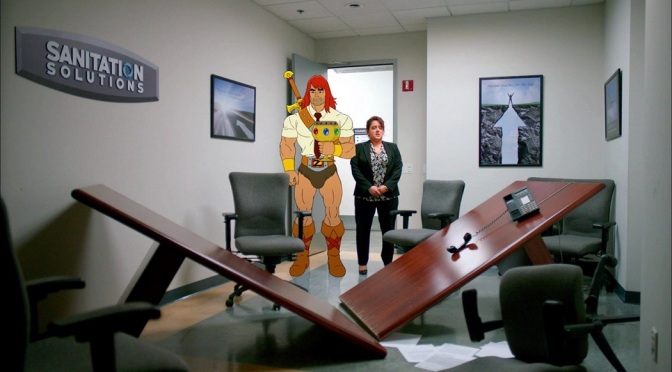 Wow, what did I just watch?

Son of Zorn, an upcoming live-action/animated hybrid sitcom, definitely gets points for being unique, especially on network television.

According to the producers, Zorn is a warrior from the fictional South Pacific island of Zephyria who moves to Orange County to reconnect with his ex-wife and teenage son Alan. Within the show Zorn and things native to Zephyria are animated while the rest of the “real” world is live action.

Take a gander at the preview below: