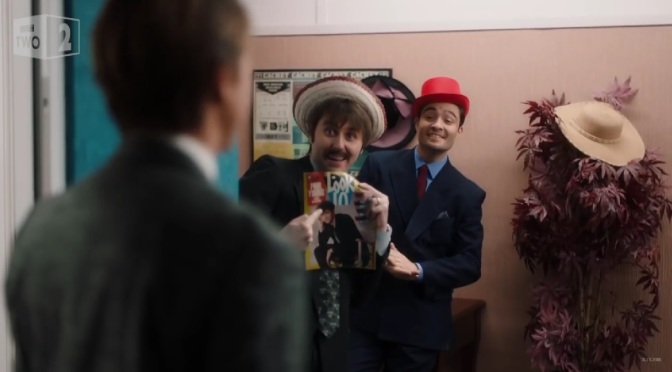 Ever wonder what it was like to be a salesman in 1980s Britain? Probably not, but this new Netflix series looks like it’s worth a chuckle.

Set in 1980s Essex, White Gold centers around a group of vinyl window salesmen, and judging from the previews, British salesmen aren’t that far removed from those over here in the States.

Meet the Cachet Windows team in the preview below.

White Gold already aired on BBC 2 in the UK, but is getting ported to over the US via the internet streamer.

If you’re a fan of raunchy-ish,  adult comedy, and enjoy fetishizing over ’80s fashion and music (who doesn’t?), you might check it out.

From the creator of The Inbetweeners, it’s already been picked up for a second season in Britain.